You are using an outdated browser. Please upgrade your browser to improve your experience.
by Bryan M. Wolfe
November 16, 2012
Apple investors, who had much to celebrate in recent years, are now in a panic. Since reaching a high of $702.10 on Sept. 19, Cupertino’s stock is down 25 percent and continuing to drop. It is currently trading at $512, which is its lowest level since February. Naturally, when a stock drops so significantly in such a short period of time, people begin wondering what is going on. When that company is Apple, there are a lot of people wondering this, regardless of whether they own the stock. According to Jeffrey Gundiach, portfolio manager at DoubleLine Capital, speaking to USA Today:

Investors had believed Apple would take over the world, management was flawless, its products were in infinite demand and competition couldn't make a dent. People overbelieved in Apple.

Apple would take over the world

Products created by Apple continue to be among the most sought after around the world. Don’t believe me? Just look at what is happening with the iPad mini. Even without a Retina display, millions are buying the smaller tablet, which is priced much higher than what competitors are offering in the same category. The same goes for the iPhone 5. Despite being released nearly two months ago, Apple’s sixth generation phone remains one of the hardest to find on store shelves. And this is before the iPhone 5 is set to arrive in China, which is now the largest consumer market in the world. During the previous quarter, Apple sold 26.90 million iPhone units. For Apple’s recently concluded fiscal year, the company sold a record 125.04 million units. What is a concern, however, is the ever-growing emergence of Android-based devices, which have flooded the market in recent years. Often less expensive than their iOS counterparts, these products, and phones in particular, are being made in large quantities by a number of different vendors. Up until now, however, that has meant very little – where it counts, anyway. Apple is known for creating quality products that also come with higher profit margins than their Android competitors. Unfortunately, investors in recent months have become increasingly concerned with profit compression. Sameet Kanade of Northern Securities, for example, believes that the company’s “enviable profit margins are likely to decline as its costs rise and it faces more competition.” Also a concern is “Apple fatigue,” which is something I too am concerned about. Quite frankly, buying the latest and greatest iOS product isn’t really necessary anymore, except for the most obsessive of Apple fans. As the switch from the “new” iPad to the iPad with Retina display proved, the improvements between iOS device models are growing smaller with each subsequent update. Or as John Gruber once explained, “it’s getting harder to identify the low-hanging fruit.” I believe that this fatigue is already happening with regards to the iPad. Following the Nov. 2 release of the iPad 4 and iPad mini, Apple announced that they had drummed up sales of 3 million tablet units. However, the company refused to announce how those sales were broken down. My guess is that a lot of people bought the shiny new iPad mini, while only a small percentage went for the iPad with Retina display. Remember, this came after Apple reported iPad sales of 14 million units for their fourth quarter, which was weaker than most expected. If this type of fatigue carries over to the iPhone, Apple could have real problems on their hands, hence the reason for the current concern by many.

Changes at the top are almost certainly having a huge effect on Apple’s stock price of late. Unfortunately, part of the problem for Apple CEO Tim Cook is that he has to compete with a ghost. Steve Jobs death in October 2011 had zero effect on the performance of Apple’s stock. I believe that this had a lot to do with knowing that much of what Jobs was working on at the end had yet to debut. Unfortunately, that pipeline of products is probably nearly empty at this point, and it shows. Despite ongoing improvements, iOS 6 Maps has been a public relations disaster. The same goes for Siri, which I’ve discussed often here at AppAdvice. No matter what the circumstance, Tim Cook will always be judged through a prism that begins and ends with a question with no actual answer possible: “What would Steve have done?” Personally, I believe that Cook’s recent management shakeup is a good thing. However, those changes will take time to bear some fruit. The biggest worry is whether Apple investors will stick around long enough to see the harvest.

Products Were In Infinite Demand

As I already mentioned, it does appear that demand for some of Apple’s products seem to be in decline. This doesn’t mean, however, that we’re soon going to see discounted iPads at the local dollar store. Rather, I think that we’ve entered a period when first day Apple sales no longer break records.

Competitors have been denting Apple for a while now. So far, however, that has done little to damage the company where it counts the most, the financial reports. With phones, in particular, Android has been steadily increasing their lead over iOS. Now it appears that Apple’s tablet dominance could also be coming to an end as less expensive alternatives arrive at market. Again, drops in market share mean very little beyond creating nice headlines. Profit margins are what is most important. As of now, Apple's are holding up just fine despite real concerns by many about the future.

Anyone that believes Apple is in some sort of steep decline probably owns stock in Google or Microsoft. If anything, the recent stock decline will likely see the arrival of new investors in the coming months. This doesn’t mean, however, that the ride ahead won’t be a bumpy one. In fact, Apple’s stock could fall much further before it begins to climb again. Overbelieving? As my editor would say, that really isn’t a word. If overbelieving meant that people assumed Apple stock would climb forever, then I guess there was a lot of overbelieving. However, if overbelieving is sticking with a company that makes the best technology products in the world, then nothing has changed in the long run. I wouldn’t be surprised that sometime soon, perhaps as early as January, stories such as this will be looked back upon with a chuckle. At the very least, they will be linked to a future article that has the headline, “Apple is back.” The funny thing is, Apple hasn't gone anywhere. 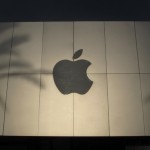 Opinion: Did People Really ‘Overbelieve’ In Apple?
Nothing found :(
Try something else