You are using an outdated browser. Please upgrade your browser to improve your experience.
by Kathryn Zane
November 7, 2012
Somewhere, in a galaxy far, far away, cats are being rounded up for a diabolical use. No longer are they merely being stacked to reach Mars. Nor are they being turned into ridiculous comics with horrible spelling. This is something far more heinous. Those cats are being used for a gigantic hairball weapon of mass destruction. Once all the cats have been kidnapped, Earth is doomed. The only thing standing between utter destruction and victory is a spaceship that chronically watches "Keyboard Cat." Gigabattle is a call to the defense of cats everywhere, and we will respond. What's with the "all your cats are belong to us" phrase? It doesn't really make sense, and it's horribly wrong in the grammatical sense. Well, there was a Japanese video game named "Zero Wing" that featured a cutscene with the phrase, "All your base are belong to us." The phrase became wildly popular and has found a cult following on the Internet. In combination with the popularity of cats on the Internet and the old school pixilated look, this app is the perfect trifecta for any meme-lovers out there. In this iPad game, you are a huge ship with the urgent mission to save the cats of the world. A strange reptilian race is trying to overpower you. So, like gentlemen, you stand opposite each other and launch ships into the void to deal with your nemesis. There are several different ships that you can launch. Each one can be upgraded multiple times to become more powerful. You can also upgrade the mothership to shoot more laser dart things and increase your attack damage. While you are upgrading, that particular ship is not available to be launched. It might seem like a great idea to upgrade everything at once, but that leaves you absolutely defenseless. So, be wise when you're upgrading. The upgrades also don't carry over from level to level. You will start fresh at the beginning of each level. I can't decide if I think that's lame, or if I can see the wisdom in not being able to build a ship capable of super powers. I think the competitive side of me would like to maintain my edge. The practical side of me understands that this allows for different upgrade strategies for different levels. I took great pleasure in snapping screen shots of the opening sequence. While I didn't include all of the dialog, I got the highlights. Those would be the pictures in the gallery below. I sincerely hope that you enjoy the pictures as much as I do. Gigabattle is available in the App Store for $3.99. [gallery link="file"] 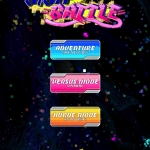 Quirky App Of The Day: Gigabattle Declares, 'All Your Cats Are Belong To Us'

Quirky App Of The Day: Gigabattle Declares, 'All Your Cats Are Belong To Us'
Nothing found :(
Try something else