You are using an outdated browser. Please upgrade your browser to improve your experience.
by Brent Dirks
December 6, 2012
When the iPhone finally arrives on T-Mobile in 2013, buyers might be in for a bit of a shock. T-Mobile has announced that it is planning to eliminate all device subsidies from its rate plans next year, according to Fierce Wireless. Instead of a subsidized price, consumers will apparently pay a low up-front fee when they purchase a device, and then pay the rest of the phone cost off in monthly installments of $15 to $20. The benefit for consumers will be in lower monthly rate plans. According to the report, T-Mobile CEO Phil Legere promised some drastic changes on how the carrier does business:

"We think there is a huge room for a carrier to change in a way that the larger players will choose to or will not be able to respond to," Legere said. He noted that the Value plans T-Mobile will offer next year will be "fair and simple pricing" with "low out of pocket expenses" for consumers. While not alluding to the iPhone specifically, he said that customers may be able to purchase the "most iconic device in the world" for $99 and then pay monthly installments of $15 or $20 over the next 20 months.

And the company also is planning on going after AT&T in a big way. AT&T’s bid to purchase T-Mobile for $39 billion failed in 2011:

Legere said one element of the advertising could be summarized as, "You love you iPhone, you hate AT&T." He said: "I want you to get used to that tone because that is the way we're going to play."

Earlier today, T-Mobile announced that iOS devices will be coming to its network some time in 2013. Source: Fierce Wireless 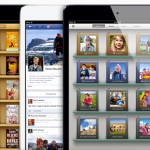 Shipping Times For The iPad Mini Drop To One Week In The United States, Canada 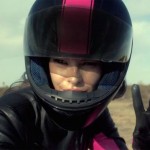 Apple And T-Mobile USA Finally Walk Down The Aisle, As iOS Devices Set To Arrive
Nothing found :(
Try something else