You are using an outdated browser. Please upgrade your browser to improve your experience.
by Bryan M. Wolfe
December 12, 2012
In a long-ranging interview with Bloomberg Businessweek, Google Chairman Eric Schmidt says that Android is winning the platform war against Apple’s iOS.  As such, he compares it to Microsoft’s desktop battle with Apple in the 1990s. Saying “we’re winning that war pretty clearly now,” Schmidt claims that Android controls 72 percent of the market. This compares to 14 percent for iOS. Not so fast, Chairman Schmidt. An August survey by comScore concluded that Android’s share of the smartphone market was 52.6 percent versus 34.3 percent for iOS. More recently, Kantar Worldpanel ComTech saw that Apple’s iOS now has a 48.1 percent of U.S. smartphone sales. This compared to 46.7 percent for Android. We’re not sure where Schmidt is getting his numbers or whether he was discussing worldwide or U.S. figures. Regardless, you can read his full interview here. Or better yet, see Tim Cook’s own Bloomberg interview here. Source: Bloomberg Businessweek 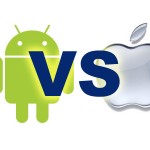 With Smartphones, It's Android And Apple With Everyone Else Picking Up The Crumbs 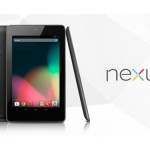