You are using an outdated browser. Please upgrade your browser to improve your experience.
by Bryan M. Wolfe
November 27, 2012
Strong iPhone 5 sales have caused iOS to leapfrog Android to once again become the No. 1 smartphone operating system in the U.S. Apple’s iOS now has a 48.1 percent share of U.S. smartphone sales compared with Android which has 46.7 percent, according to Kantar Worldpanel ComTech. According to the survey, which looked at consumer buying preferences over a 12-week time period, iOS took the lead over Android for the first time since late last year. By doing so, Kantar suggests Apple’s lead will extend at least through the next two quarters. According to Dominic Sunnebo, global consumer insight director at Kantar:

The last time we saw iOS overtake Android in the US was when the iPhone 4S was released and Apple managed to retain its lead for three consecutive periods. This time we predict that Apple will beat its previous high of 49.3% and achieve its highest ever share of the US smartphone market within the next two periods.

News from Europe, however, was not nearly as positive for Apple. During the same time period, Android accounted for 73.9 percent of sales in Germany, and 81.7 percent in Spain. However, Apple did see gains in four of the five major European countries. In the U.K., for example, Apple’s share has risen to 32.7 percent. Since the iPhone 5 debuted in October, Apple has seen noticeable sales gains as it relates to Android-based smartphones. The iPhone, for example, recently overtook the Samsung Galaxy III as the best-selling smartphone in the U.S. At the same time, Apple seems to have resolved some previous supply chain issues concerning the sixth generation handset. This should mean that Apple's reign at the top should continue, at least in the short-run. Source: Kantar Worldpanel ComTech 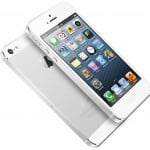 Thanks To iPhone 5, iOS Retakes Lead Over Android In The US