You are using an outdated browser. Please upgrade your browser to improve your experience.
by Aldrin Calimlim
January 31, 2013
The latest version of Apple's popular mobile operating system appears to be on its way toward having the fastest adoption rate yet. Released a couple of days ago, iOS 6.1 brought virtually nothing more than LTE support for more carriers, Fandango integration with Siri, and iTunes Match downloading. Be that as it may, according to Onswipe, a significant number of iDevice owners have been quick to install the new software update. Onswipe, a company that creates app-like layouts for mobile websites, has found that within the first 24 hours, iOS 6.1 adoption was at 11.35 percent. That figure then rose to 16.92 this morning and went all the way up to 21.81 percent this afternoon. As noted by TechCrunch:

Onswipe is gathering data from over 13 million monthly active users on iOS, which itself represents considerable growth, a 3 million user climb from last month’s 10 million total active users. That means its numbers represent a pretty significant statistical pool to draw from to gather these results. Onswipe CEO Jason Baptiste explained in an interview that his company’s expanded reach is giving the company an even better idea of what’s happening with iOS adoption curves, and that this time around, people are upgrading faster than ever.

In comparison, iOS 6 reached 44.58 percent adoption a week after its release in September last year. Baptiste says that iOS 6.1's faster adoption rate is attributable to users' increased reliance on Apple's over-the-air update mechanism. The ability to install software updates over the air was introduced with the launch of iOS 5 in October 2011. Since then, Baptiste believes that users "have had time to get comfortable with it and know more or less how the process works." When it announced the release of iOS 6.1, Apple also stated that nearly 300 million iDevices are already on iOS 6. Considering that it's been available for only five months, iOS 6, Apple says, "may be the most popular new version of an OS in history." Compare that with Android's Jelly Bean, which commands only 10 percent of Android devices even as it was released way back in July 2012. Source: Onswipe Via: TechCrunch 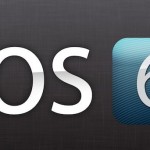 Apple TV Update Highlighted By Bluetooth Keyboard Support
Nothing found :(
Try something else