You are using an outdated browser. Please upgrade your browser to improve your experience.
by Aldrin Calimlim
January 5, 2013
Apple paid a whopping $6 billion in federal corporate income taxes, the company said in a statement relayed in a report by The New York Times. The report in question concerns the soon-to-be-concluded congressional inquiry into certain accounting methods of Apple and other technology companies. Specifically, these methods are said to be practiced by these companies in order to allocate profits overseas, thereby avoiding high domestic taxes in the U.S. Apple, in particular, had been placed under close scrutiny. This was on account of its having found legal ways to allocate as much as 70 percent of its profits offshore, where taxes are considerably lower. But Apple said that it is "one of the top corporate income taxpayers in the country, if not the largest." As though to emphasize its point, Apple stated that it paid $6 billion in federal income taxes in fiscal 2012. It added that the amount is equivalent to "1 out of every 40 dollars in corporate income taxes collected by the U.S. government." That's a sizable 2.5 percent of the total income tax collected from U.S. corporations last year. Interestingly, Apple was one of the first companies in the 1980s to use a tax avoidance strategy known as the "Double Irish With a Dutch Sandwich." This strategy, which has since been adopted by other large companies, minimizes taxes by allocating profits to the Caribbean via Irish affiliates and the Netherlands. Source: The New York Times Via: MacRumors 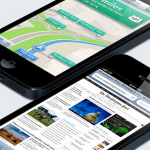 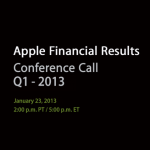 Apple To Announce Q1 2013 Financial Results On Jan. 23
Nothing found :(
Try something else