You are using an outdated browser. Please upgrade your browser to improve your experience.
by Aldrin Calimlim
January 11, 2013
No doubt, the most trending entertainment awards topic in the world at the moment is the recently announced set of nominees for this year's Oscars. But in the world of Apple and its devotees, the topic of the Technology & Engineering Emmy Awards should be of greater relevance. That's because Apple is one of the recipients of the said awards, which are being presented tonight at a special reception at this year's CES in Las Vegas. The Technology & Engineering Emmy Awards are given by the National Academy of Television Arts and Sciences (NATAS) for outstanding achievement in technical or engineering development. According to NATAS, an award of this kind is given to …

… an individual, company, or to a scientific or technical organization for developments and/or standardization involved in engineering technologies which either represent an extensive improvement on existing methods or are so innovative in nature that they materially have affected the transmission, recording, or reception of television.

One such company is Apple, which is being recognized for creating an "Eco-system for Real Time Presentation of TV Content to Mobile Devices without the use of Specialized Television Hardware." Although not specified as such, it may very well refer to HTTP Live streaming, an HTTP-based media streaming communications protocol implemented by Apple as part of its QuickTime and iPhone software systems. Source: CES Via: The Loop 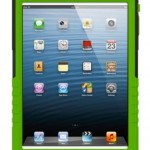 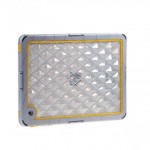