You are using an outdated browser. Please upgrade your browser to improve your experience.
by Aldrin Calimlim
January 10, 2013
Apple is already working with Foxconn on the touch display panels to be used on the second-generation iPad mini, reports The China Times. Specifically, the Cupertino-based tech company is working on the next iPad mini's display with Shenzhen Century Science & Technology (SCST), a subsidiary of the Chinese manufacturing company. The current, first-generation iPad mini has a 7.9-inch non-Retina display. As a matter of course, Apple is expected to switch to a Retina panel for the so-called iPad mini 2. But according to rumors in the industry, Apple is also planning on incorporating monolithic or one-glass solution (OGS) technology for the device's display. To this end, sample OGS photomasks from SCST are said to have already been delivered to Apple for testing for the iPad mini 2. Should an agreement come to fruition between the two parties, SCST will enter Apple's supply chain as a panel supplier for the device. SCST is also expected to collaborate with Innolux, which is Taiwan's largest LCD maker. If things go according to plan (or according to rumors, at least), SCST will join LG Display and AU Optronics as Apple's iPad mini display suppliers. Source: The China Times 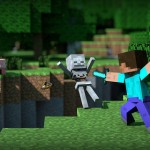 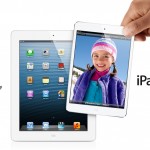 Is The Traditional iPad Old News?
Nothing found :(
Try something else