You are using an outdated browser. Please upgrade your browser to improve your experience.
by Brent Dirks
January 28, 2013
Shortly after officially releasing iOS 6.1 to the public, Apple has also unveiled an update to the Apple TV software. Probably the most welcomed feature of the update is the ability to finally pair Bluetooth keyboards with second- and third-generation units. I’ve been a long time Apple TV user, and my absolutely biggest gripe is trying to navigate and search with either the dinky remote control or an iOS device. I’m excited to pair a Bluetooth keyboard after updating tonight. Also included in the update is the ability to browse and play your purchased iTunes music directly from iCloud. Apple TV users will also be able to use the Up Next feature that debuted in iTunes 11. With Up Next, users can see what song will be played next and rearrange the queue to their liking. Users can update by going to Settings, General, and then Update Software. An on-screen message will guide you through the rest of the process. Also, according to iDownloadBlog, a new Apple TV designation (Apple TV3.2) was found in the updated code. Hopefully we’ll see this new version of the box soon.

Upcoming Untethered iOS 6.1 Jailbreak Will Be Compatible With A Large Number Of Devices 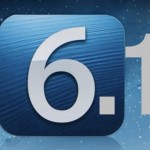 Get It Now! Apple Releases iOS 6.1 To The Public
Nothing found :(
Try something else