You are using an outdated browser. Please upgrade your browser to improve your experience.
by Brent Dirks
January 14, 2013
After only a year in U.S. market, Cygnett was busy at CES 2013 in Las Vegas highlighting some of its new case options. Our own Dom Esposito swung by Cygnett’s booth at the show for a hands-on look. Click here if you can’t see the video. First up is the new Vector 360 case for the iPad mini. The next-generation of Cygnett’s Vector case, the 360 protects both the front and back of the iPad mini. It will retail for $40 and hit the market later this month or in early February. If you’re looking for a case that stands out from the crowd, you’ll definitely want to take a look at Cygnett’s ICON Art Series. With options available for both the iPhone 5 and fifth-generation iPod touch, buyers can choose some unique prints from renowned Australian Aboriginal artist Ronnie Tjampitjinpa or New York City’s TATS CRU street artists. The pictured Bronx case is one of the options from TATS CRU. All of the choices from the series are $29.99, and can be purchased on Cygnett's site. And Cygnett was also showing off its Workmate line of cases for iOS devices. The rugged case uses a soft inner core and hard outer shell to protect the device. I’ve extensively tested the Workmate for the iPhone 5, and it is easily one of my favorite case for the handset so far. 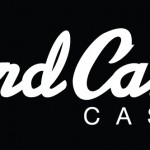 CES: ShockDrop Cases By Hard Candy Feel The Pain Instead Of Your iOS Device 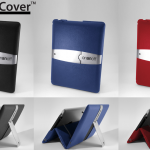 CES 2013: Sound Cover Turns Your iPad Into An Amplified Entertainment System
Nothing found :(
Try something else