You are using an outdated browser. Please upgrade your browser to improve your experience.
by Bryan M. Wolfe
January 31, 2013
We’ve heard a lot of iOS device rumors in recent weeks, whether it be the likelihood of a lower-cost iPhone, or the emergence of a Retina display iPad mini. Whether these, and other rumors turn out to be true won’t be known for weeks, or perhaps months. One rumor that was making the rounds in recent weeks, however, seems to have already been debunked. That rumor was the possibility that Apple would release a new 9.7-inch iPad as early as this March. Earlier this week, Apple announced the Feb. 5 release of a 128GB iPad. Aimed primarily at the business community, the $799 tablet represents the first bump in storage for the company’s line of tablets since the first iPad arrived in 2010. This is significant for a number of reasons. For one, as I indicated earlier this week, this almost certainly means the impending end of the 16GB iPad once the next generation devices arrive. For another, as the company’s tablet market share continues to drop, Apple is probably planning to shift the device’s focus (at least somewhat) to the enterprise market. The bottom line: Most likely, the announcement of the 128GB iPad means that Apple will forgo releasing a fifth-generation iPad until September or October. I hope that this is correct. To say that Apple is a company in transition is like saying that the sky is blue. There is almost universal agreement that the last of Steve Jobs’ products have finally made their way through the pipeline. From this point forward, it is Tim Cook’s show. As such, this is the perfect time for Apple to take a deep breath before releasing any more new products. During the latter part of 2011, Cupertino released new versions of nearly every product they sell, and also released the first-generation iPad mini. In other words, a short delay shouldn’t hurt them in the long-run. My guess is that Apple could still launch a Retina display iPad mini in the spring, as well as a modest upgrade to the Apple TV. This should follow in June with one or many new iPhones. This fall, right after U.S. Labor Day, I would expect to see new iPads and iPods arriving, with new MacBook Pros trickling in at different times over the course of the year. Now, back to the iPad. Despite record sales last quarter, Apple’s flagship tablet is in need, or will be soon, of a significant makeover. Specifically, the tablet’s form factor will almost certainly be changed the next time around. After all, the last three-iPad versions look pretty much the same on the outside. Waiting until fall to release the fifth-generation iPad would also give Apple time to see storage costs drop even further. This could help Apple release 32GB, 64GB, and 128GB iPad 5 models at the price points they currently charge for the iPad 4. Finally, waiting until fall could make an iPad release exciting once again. The iPad 3 was heavily anticipated when it arrived last March. However, the surprise launch of the iPad 4 in October was less so, because of the short time between version releases. Launching the iPad 5, even in September, would separate versions by 11 months. Of course, I could be completely off the mark here, although I'm not the only one thinking that the next iPad won't arrive until fall. I just can’t believe that Apple would release the new 128GB in February, only to retire it a month later. Stay tuned. 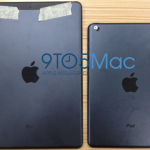 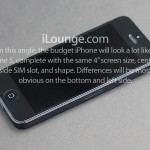 The Budget iPhone Could Include Elements Of Previous Apple Handsets
Nothing found :(
Try something else