You are using an outdated browser. Please upgrade your browser to improve your experience.
by Lory Gil
January 21, 2013
Welcome to the next installment of Musician’s Corner, where we talk about all things music related. Last week, we broadened our scope and talked about a world music app that teaches you how to sing traditional Bhajans and play the Tabla. This week, we are going to go back to the basics for guitarists. You may think you’re pretty good at playing the guitar. You may think you know the notes on your fret board. Think again. GuitarNotes is a very simple app that helps you memorize every single note on every single string of a six-string guitar, left-handed and right-handed. By the time you’re done with this app, you’ll know your guitar better than you know your mother. When I first heard about GuitarNotes, I dismissed it because it seemed too simple to be effective. However, after spending only a few minutes with it, I realized how much I don’t know about my guitar and how well this app works as a training device. 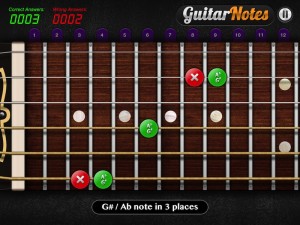 I’ve been playing guitar for about 15 years. I’m self taught and didn’t learn music theory until college. It wasn’t until then that I memorized the notes on the fret board. Before that, I would just watch someone play a note and copy them, or listen for the notes and play by ear. In my first band, we actually had code for the notes - big string, little string, little-little string, plus the fret’s number. So, writing out the song’s notation would look something like this: B3, B3, B3, L5, L5, B5. I’m not making this up. These are the things you do when you don’t have anyone to teach you. It’s like twin speak. Although I did eventually memorize the guitar notes, I’ve never really put that information into practice. I just play chords that I know and develop solos by playing notes that sound good. Because I haven’t kept up with my studies, I’ve practically forgotten everything I learned. 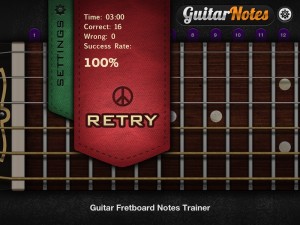 GuitarNotes is actually a game. There are two modes of play. In “Guessing Note” mode, you’ll see a guitar fret board with a question mark on one spot. Your job is to figure out what that note is. There is a list of notes (in order, as a helpful reminder) at the bottom of the screen. Tap the one you think is correct.

In “Finding Places” mode, you’ll be given a note and be asked to tap the fret board where you think the note is. Oftentimes, you’ll have to find the note more than once. 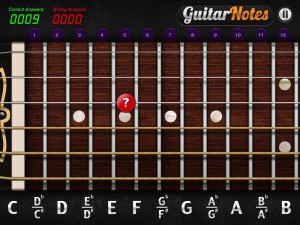 You can switch between game modes in the Settings section. In this section, you can also change the length of time the game runs. The default is three minutes, but you can change it to last as long as one hour. In addition to adjusting the game’s length of time, you can select strings to focus on. If you are new to guitar, or need a serious refresher course, you could start off by only dealing with one string at a time. Once you feel confident that you are familiar with the notes on individual strings, you can add them all to the game. 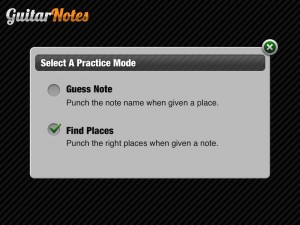 You can also select which notes to study. If you have only learned the base notes (E, F, G, A, B, C) but not the sharps or flats, you can select them in the Settings section instead of trying to figure out the entire fret board all at once. Unlike many guitar apps in the App Store, this game isn’t just for right-handed players. Lefties rejoice. You can also study the notes on a left-handed guitar. Incidentally, it wouldn’t hurt the right-handers to figure out the lefty notes, too. This app is not for people unfamiliar with a guitar. There is no cheat sheet. If you don’t already have basic knowledge of notes on the fret board, you’ll fail miserably at this game. 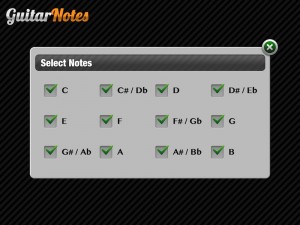 The iPad version of GuitarNotes is $1.99 and the iPhone version is only $0.99. There is no difference in the design or look of either. Frankly, it makes more sense to just buy the cheaper version and hit the 2X on the iPad. It’s not like you need fancy graphics for this app. GuitarNotes is a very simple way to refresh your memory for notes on the fret board. It is also an ideal companion app for music students looking for supplemental practice material. It is relatively inexpensive and really does help jog your memory. That’s it for this week’s episode of Musician’s Corner. Remember, if you have any suggestions for apps or accessories you think we should feature, just drop me a line or leave a comment below. I’m disappointed in all of you for not leaving a single comment last week. I guess my question was uninspiring. I’ll try harder this time. This week’s question: Who would win in a bar fight, Tom Araya from Slayer or Lemmy Kilmeister from Moterhead. If you don’t know who those guys are, replace them with Justin Bieber and Harry Styles. 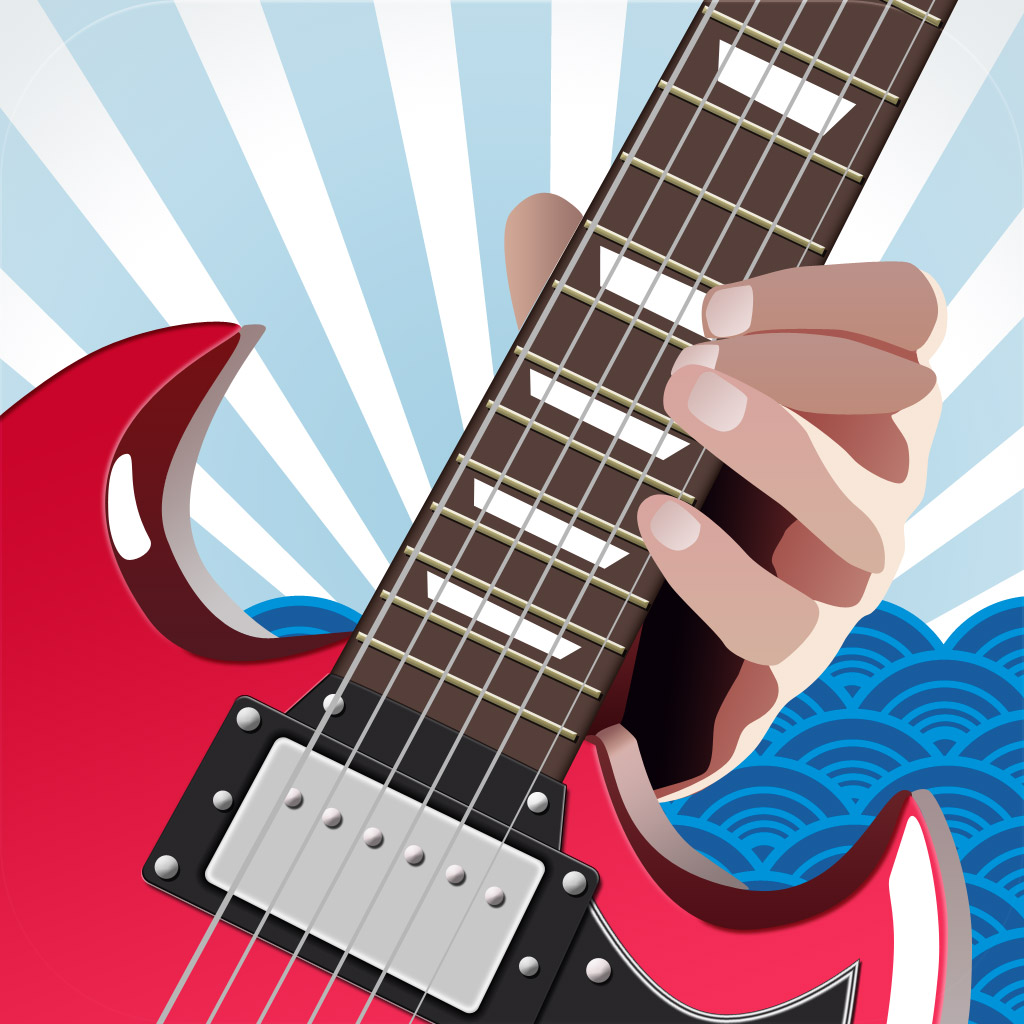 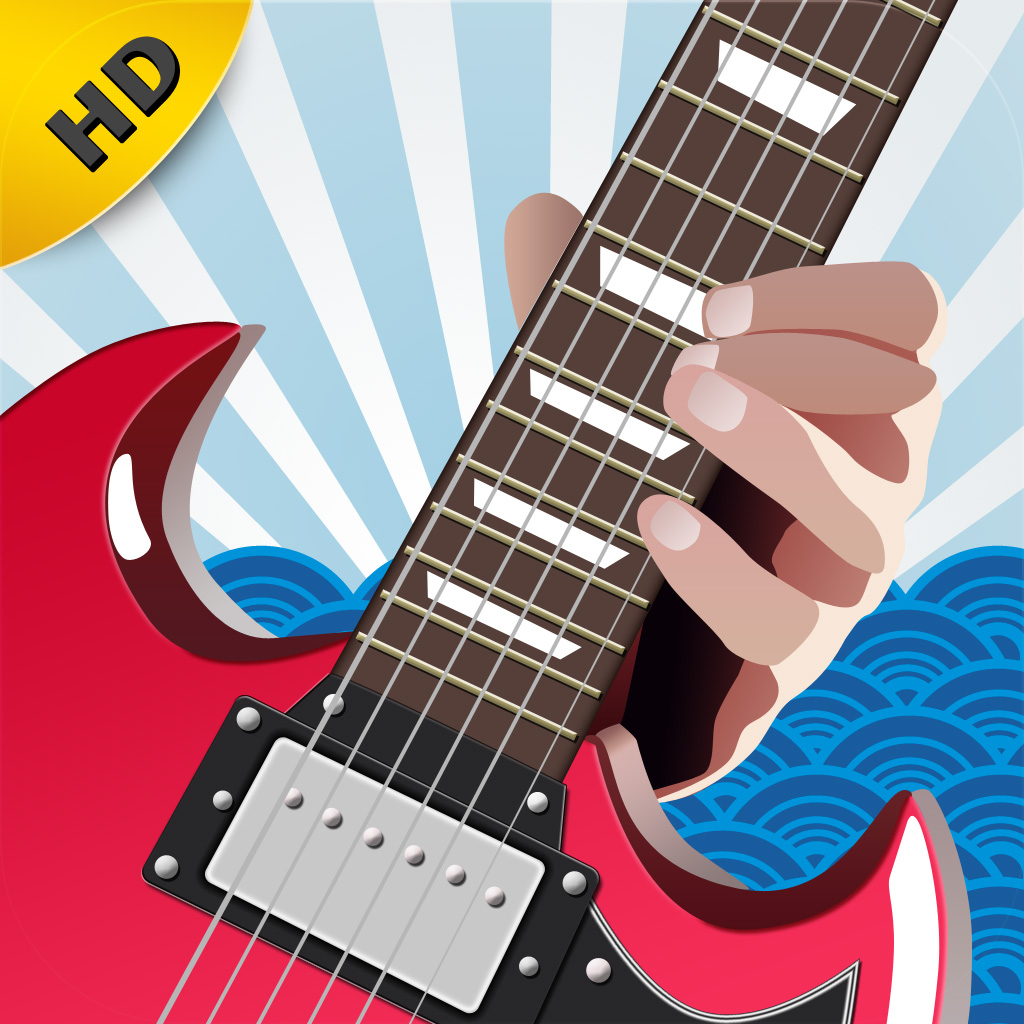 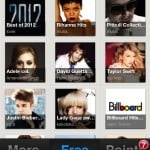 PlayBox Gets Major Update With Social Integration And More

Musician’s Corner: Learn To Sing Bhajans With Musiguru
Nothing found :(
Try something else