You are using an outdated browser. Please upgrade your browser to improve your experience.
by Bryan M. Wolfe
January 7, 2013
We’ve heard a lot in recent days about the possibility of Apple releasing a so-called iPhone mini in order to penetrate emerging markets. Should they do this? Here are some thoughts. As some background, here is what we already know: According to multiple sources mentioned here and here, Apple may release the next iPhone in multiple colors and sizes. The reason being is that a less expensive handset would sell briskly in markets such as India and China. Fine, but many will argue that Apple already has lower priced handsets available. These go by the names iPhone 4 and iPhone 4S. Of course, these models are less expensive than the iPhone 5 for one important reason: they represent older technology. As Apple proved with the company’s successful iPad mini launch, releasing devices in different sizes can work. However, with the iPhone, I’m not so sure. For one, Apple has always released premium products at a premium price. Even with the iPad mini, for example, Apple continued this trend by offering the smaller tablet at a premium price compared to what competitors were offering. For a less expensive and smaller iPhone 5S to work, both for the company and for consumers, I believe that Apple would need to keep the price somewhat high, while also keeping many of the premium features exclusively on the flagship model. This way, consumers who buy the less expensive model could say that they have the newest Apple product, while buyers of the larger model could justify their higher-priced purchase by seeing additional features. Another question that would need to be addressed is what to do with the iPod touch? Available at prices starting at $299, the iPod touch is essentially an iPhone, but without cellular capabilities. Were Apple to release a smaller and less expensive iPhone, they would almost certainly have to look again at the price they charge for the iPod touch or discontinue the device. Otherwise, confusion could reign. Finally, the company would also have to address their practice of offering previous handset models at a discount. For example, would it make much business sense to offer an iPhone 4S for next to nothing, while at the same time advertising a stripped down iPhone 5S for $149? Probably not. Perhaps Apple’s best bet would be to offer less expensive handsets according to country. In other words, release an iPhone 5S mini in parts of Asia, while at the same time releasing the full-featured iPhone 5S elsewhere. It will be interesting to see what Apple ultimately decides. Should Apple offer their next handset in multiple sizes and prices? 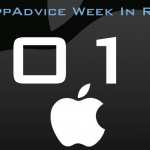 The AppAdvice Week In Review: Predictions And Rumors Heat Up For 2013

Get Ready To Hear The Term 'iPhone mini' A Lot More In 2013
Nothing found :(
Try something else