You are using an outdated browser. Please upgrade your browser to improve your experience.
by Lory Gil
January 29, 2013
Last week, we told you about the looming expiration of the Digital Millennium Copyright Act (DMCA) exemption, which temporarily allowed users to legally jailbreak and unlock their mobile devices. We also recently found out that an untethered jailbreak for iOS 6.1 is on its way and will be supported on most compatible devices. With all of this confusion about what is legal and what isn’t when it comes to who can unlock phones and whether jailbreaking a device will get you in trouble, the Electronic Frontier Foundation (EFF) recently posted some details about U.S. laws and regulations that might clear things up a bit. According to the EFF, even though phones purchased after January 26 cannot be jailbroken legally, if you’ve had your phone longer than three days, you’re in luck. The exemption protection that made it legal for a short period of time to jailbreak your phone will last until 2015. For those hoping to unlock their phones, the news is not so good. The “shield” for unlocking phones is no longer in place. However, that doesn’t mean you have to throw your iPhone in the garbage. According to the EFF, unlocking is a “legal grey area.” “The law was supposed to protect creative works, but it's often been misused by electronics makers to block competition and kill markets for used goods.” Carriers aren’t necessarily ready to start suing willy-nilly. The reason they don’t want people to unlock phones isn’t for creative protection or piracy. It is so that people can’t make money off of their subsidized devices. If the subject of unlocking phones reaches court level discussions, unlocking phones might end up becoming officially legal, forever. That being said, if wireless carriers do push for lawsuits, it will likely be against businesses that unlock and resell phones. “If a court rules in favor of the carriers, penalties can be stiff - up to $2,500 per unlocked phone in a civil suit, and $500,000 or five years in prison in a criminal case where the unlocking is done for ‘commercial advantage.’" This includes phones that are not under contract anymore. Basically, if you bought your phone before last Saturday, you can jailbreak it to your heart’s content. If you want to unlock your phone, you’d better tread lightly. The next round of exemptions won’t start until late 2014 and unless the courts think carriers are misusing the DMCA, your phone may inadvertently be part of a future lawsuit. Source: EFF Via: 9to5Mac 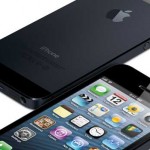 Starting Jan. 26, It Will Be Illegal To Unlock Your Cell Phone In The US 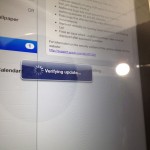 Updated: Preparing For The iOS 5.1.1 Jailbreak
Nothing found :(
Try something else