You are using an outdated browser. Please upgrade your browser to improve your experience.
by Bryan M. Wolfe
January 25, 2013
The movie “jOBS” has received its first unflattering review and it is a biggie. Steve Wozniak told Gizmodo that a scene from the movie released earlier this week never happened. In the clip, which first aired on ET Online, Ashton Kutcher’s Steve Jobs is trying to convince Josh Gad’s Wozniak that Apple’s operating system will “become a ubiquitous product for mass consumption.” In a statement, Wozniak says:

Not close...we never had such interaction and roles...I'm not even sure what it's getting at...personalities are very wrong although mine is closer...don't forget that my purpose was inspired by the values of the Homebrew Computer Club along with ideas of the value of such machines and Steve J. wasn't around and didn't attend the club so he was the one learning about such social impact of the future.

Here is the clip, which AppAdvice published earlier this week: The two Steves, along with Ronald Wayne, founded Apple in 1976. The movie “jOBS” will be released to the public on April 19. It will cover Jobs’ life during the years 1971 through 2001. It officially premieres tonight, Jan. 25, as the closing-night film of the Sundance Film Festival. For more on “jOBS,” see: Ashton Kutcher As Steve Jobs To Attend Macworld, and Steve Jobs Biopic Starring Ashton Kutcher Coming To Theaters April 19. Photo: Woz.org 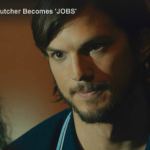 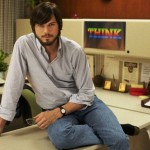