You are using an outdated browser. Please upgrade your browser to improve your experience.
by Bryan M. Wolfe
February 26, 2013
Under the headline “Apple battling where it used to crush,” Ken Segall contends that Cupertino’s marketing savvy is being tested like never before. Segall, who is the former creative director at TBWAChiatDay, is the one that came up with the name iMac, and ran Apple’s iconic “Think Different” campaign. Segall believes that Apple is losing ground to Samsung, marketing-wise, for two distinct reasons. For one, the company is spending “a fortune” in advertising. For another, Samsung’s message has been “potent.” At the present time, Segall says that Samsung is spending more on advertising than Apple, HP, Dell, and even Coca-Cola. As a result, “in marketing, as in political advertising, the bigger the budget, the bigger the chance of success.” As examples, Segall points to Samsung's recent success at running ads during the Super Bowl, and Sunday’s Oscars telecast.

Thankfully, Segall doesn’t believe that Apple’s struggles will last. He says that “there are too many smart people at Apple and Chiat to take this lying down.” To do so, however, Segall believes that Apple needs to “recalibrate.” I'm thrilled to see Segall making these comments. Not only are they in sync with what I've been saying for a very long time, but given the source, it might be just enough for Apple to move into another direction in terms of advertising. Hear that Apple? See also: Apple Showed Up, But It Was Samsung Who Took Home The Prize At The Oscars, and Say Cheese: New LG Ad Pays Homage To Apple And Then Tears Into Them. 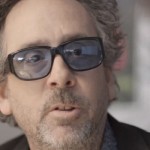 Apple Showed Up, But It Was Samsung Who Took Home The Prize At The Oscars 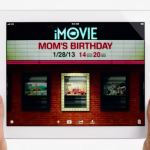