You are using an outdated browser. Please upgrade your browser to improve your experience.
by Aldrin Calimlim
February 27, 2013
Good Technology has just released the results of its survey regarding smartphone and tablet activations among its enterprise customers in the fourth quarter of 2012. As you can see in the graph above that summarizes the survey results, iOS reigned supreme as far as Good Technology's device activations during said quarter are concerned. Among the 10 devices with the most number of activations, eight are powered by iOS, with the iPhone 5 leading the pack. Good Technology, which specializes in mobilizing enterprises, notes:

The company also points out that iOS activations had a year-over-year increase of 8.5 percent. Moreover, while the iPad dominated tablet activations, Android tablets are said to be gaining momentum as its share of activations increased considerably throughout last year. For related reports concerning the last quarter of last year, see Bolstered By iPhone 5, Apple Takes 22 Percent Share Of Global Smartphone Market and If The iPad's A PC, Apple Remains Leader Of PC Market. Via: The Loop 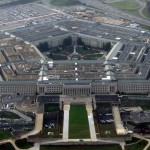 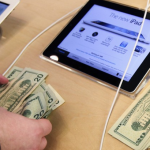 Apple To Settle Class Action Lawsuit Over In-App Purchases In Bait Apps
Nothing found :(
Try something else