You are using an outdated browser. Please upgrade your browser to improve your experience.
by Brent Dirks
February 12, 2013
A new U.S. patent granted to Apple may give us a glimpse of future iPhone design. First spotted by AppleInsider, the so-called “microslot antenna” technology allows an antenna to be embedded directly into the case of a portable device, making it impossible to see with the naked eye. Originally filed in 2007, the same year the first iPhone was introduced, the technology would be protected from foreign objects by an epoxy or other similar material:

According to the invention, the ground plane can be a device's housing as long as it is conductive, meaning the slots would be integrated on the outer hull of a product. The system can also support multiple communications bands, meaning functionality would not be compromised for size enhancements.

Currently, like in the pictured iPhone 5, the glass bands on the top and bottom of the handset allow radio waves to pass through freely. And on LTE-enabled iPads, the black bar accomplishes the same feat. If Apple can get this now-patented technology into products, TechCrunch interestingly speculated that a future iPhone could be made from a single block of aluminum, just like a MacBook. While that is quite a substantial if, it would allow some great opportunities for Jony Ive, who CEO Tim Cook called “the best designer in the world” during a presentation today. Source: AppleInsider Via: TechCrunch 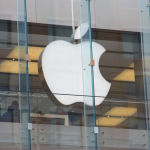 Image-Based Authentication Techniques Could Be Coming To Apple Products 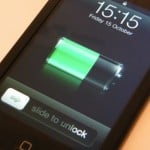 Apple Awarded Patents For 'Slide-To-Unlock,' iPhone 3GS
Nothing found :(
Try something else