You are using an outdated browser. Please upgrade your browser to improve your experience.
by Bryan M. Wolfe
February 15, 2013
Apple is looking for a software engineering manager to help oversee the future of the Apple TV. The job listing, which went live on Thursday, Feb. 14, will likely fuel rumors than an actual Apple television could be on the horizon, or at the minimum, a radically different Apple TV. According to the posting:

The Apple TV team is looking for an experienced engineering manager to help deliver the next generation features for Apple TV.  Bring your creative energy and engineering discipline, and help us bring the Apple experience to the Living Room.

The successful candidate will lead a team of engineers and “drive releases from initial concept to completion.” Additionally, the person will work with other teams, and represent “Apple TV across Apple.” Numerous rumors in recent months have suggested that a significant overhaul to the Apple TV platform could be announced later this year. In addition, long simmering rumors state that Apple will eventually release their own television, the so-called iTV. See also: Forget The iPhone 5S, Bring On The iWatch And iTV, and Cupertino Hints That The Next Apple TV Could Include A5X Processor, More. Via: AppleInsider 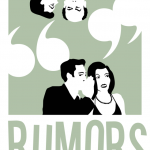 Opinion: Focusing On Daily Apple Rumors Is A Dangerous Game, But A Popular One

Staples Likely To Begin Selling Apple Products In Canada And US Soon
Nothing found :(
Try something else