You are using an outdated browser. Please upgrade your browser to improve your experience.
by Brent Dirks
February 21, 2013
Shots of the rear shell of what is purported to be the second-generation iPad mini have appeared on the forums of the Chinese site WeiPhone. Even though the shell looks to feature the same basic design and button placement of the current tablet, it does look to be somewhat thicker than the first-generation model. That’s important because if the new iPad mini does indeed sport the rumored Retina display, the tablet would probably gain some thickness just like the third-generation iPad. While the shots do look to be legitimate, the blue coloration of both the Apple logo and the iPad name does raise some doubts regarding authenticity. If the new tablet does have a higher-resolution 2,048 x 1,536 screen, one report said that each iPad mini would cost $12 more for Apple to manufacture. So if you’re waiting for a less expensive mini, don’t hold your breath. The release date of the next-generation tablet is also hazy at best. Current speculation has a release as early as next month to as late as in the fall. If you can’t wait until then, Apple has seemingly caught up to current demand as the iPad mini is listed in stock in many countries including the United States, Canada, and Australia. Via: 9to5Mac [gallery link="file"] 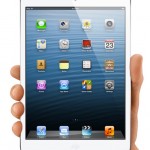 The iPad mini Is Now In Stock In Many Countries 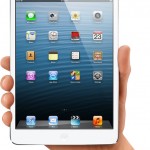 An iPad mini With Retina Display Likely To Cost Apple $12 More Per Unit
Nothing found :(
Try something else