You are using an outdated browser. Please upgrade your browser to improve your experience.
by Bryan M. Wolfe
February 7, 2013
The No. 3 wireless carrier in the U.S. has released the company’s fourth quarter financial results. Sprint reported losses of $1.3 billion, despite selling 2.2 million iPhones from October through December. For the quarter, Sprint reported a loss of $0.46 per share on revenue of $8.92 billion. In total, the carrier added 401,000 net postpaid subscribers during the fourth quarter of 2012. Sprint’s release completes earning season for the nation's top three carriers. Last month, Verizon Wireless reported a loss totaling $1.93 billion on quarterly revenue of $20 billion. AT&T posted a net loss of $3.9 billion on revenue of $32.6 billion. Previously, Apple reported record revenue of $54.5 billion along with a net quarterly profit of $13.1 billion. During the fourth quarter, 47.8 million iPhones were activated. 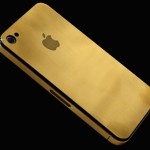 AT&T Activated A Record 8.6 Million iPhones During The Holiday Quarter
Nothing found :(
Try something else