You are using an outdated browser. Please upgrade your browser to improve your experience.
by Bryan M. Wolfe
February 26, 2013
The U.S. Patent and Trademark Office on Tuesday published two Apple patent applications. The first is for an accessory device that allows smartphones to swap location data. The second is for something called a “situational awareness module.” U.S. Patent No. 8,386,677 for “Communicating location information between a portable device and an accessory,” allows any iOS device to exchange GPS data with a separate accessory through wired or wireless protocols. At the present time, Apple only offers GPS capabilities to cellular iOS products. What makes this application timely is the growing discussion about a so-called iWatch. This accessory could be used to remotely display information from an iOS device on its screen. The patent, which was filed in 2009, credits Gregory T. Lydon, Ronald Keryuan Huang, Lawrence G. Bolton, Emily Clark Schubert, and Jesse Lee Dorogusker as its inventors. Apple’s U.S. Patent No. 8,385,039 for “Electronic device with automatic mode switching,” relates to sensor management. By using temperature, force, ambient lighting, vibration, or pressure, the device can predict what function a user is likely to perform next. For example, in the morning, an iOS device could turn on automatically based on the lighting in a room where the device is located. As a result, "the user does not have to perform additional steps such as selecting menu options in a GUI or activating a button or switch." The patent application was first filed in 2011 and credits Fletcher R. Rothkopf as its inventor. The U.S. Patent Office typically publishes new Apple patent applications on Tuesdays. The most recent have been covered by AppAdvice here: Apple's iWatch May Have Just Been Uncovered, The Blurry Photo Could Go Bye-Bye Thanks To New Apple Invention, and Future iPhones Might Be Made From A Single Block Of Aluminum. Photos: AppleInsider 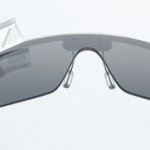 Not Surprisingly, Google Glass Will Be Compatible With The iPhone 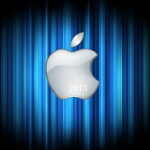