You are using an outdated browser. Please upgrade your browser to improve your experience.
by Bryan M. Wolfe
February 7, 2013
Only Apple, of course, knows for sure what the fifth-generation iPad will look like. However, that hasn’t stopped the Apple rumor mill from churning, as usual. Now the folks at MacRumors have taken the specs of many of these rumors and released some amazing renderings of the possible iPad 5. Created by the team at CiccareseDesign, the renderings are based on the leaked iPad 5 enclosure that we told readers about a few weeks ago. As you can see, the tablet in these photos is noticeably smaller than the current model. It includes significantly thinner bezels in portrait view, with slightly smaller top and bottom bezels. Also, the renderings show an iPad 4mm shorter, and 17mm narrower than the current design. Recent rumors suggest that Apple won't release a new 9.7-inch iPad until this fall. However, a Retina display iPad mini could arrive as early as next month. As usual, we'll keep you updated. See also: The One iPad 5 Rumor We Haven’t Heard Much About But Really Should and Fifth-Generation iPad Rumors Starting To Sound The Same, Which Is A Big Deal Source: MacRumors Top Photo: "iPad 5" on top of iPad 4 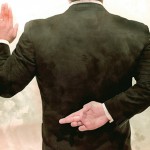 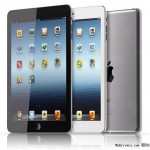 Retina Display For iPad mini 2 Set For Production, Pixel Density Greater Than iPad 4
Nothing found :(
Try something else