You are using an outdated browser. Please upgrade your browser to improve your experience.
by Bryan M. Wolfe
March 26, 2013
T-Mobile is ready to announce big plans. The fourth largest carrier in the U.S. will hold an “Uncarrier” press conference beginning today, March 26 at 11 a.m. EDT in New York. The carrier is expected to officially announce the end of two-year phone contracts, which could prove to be a game changer. Instead of a contract, customers will be asked to pay a small monthly fee on top of their regular bill. This fee stops once the phone is paid off. T-Mobile’s no contract plans were unofficially unveiled via their website on Sunday, March 24. The company is also expected to use today’s event to discuss progress on their 4G LTE deployment initiative. The first LTE markets could also be announced. To date, T-Mobile is the only nationwide carrier that doesn’t offer LTE service. Instead, it uses a HSPA+ network that they call 4G. Finally, T-Mobile may use the occasion to discuss the iPhone 5. In December, it was announced that the carrier would finally begin carrying the Apple phone in 2013. However, the company has yet to announce when this will happen. We'll offer a summary of today's Uncarrier event later today. Via: CNET 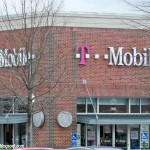 T-Mobile Still Isn’t Selling The iPhone?
Nothing found :(
Try something else