You are using an outdated browser. Please upgrade your browser to improve your experience.
by Bryan M. Wolfe
January 9, 2013
It seems like it is taking forever for T-Mobile USA to receive the iPhone. After numerous rumors and delays in recent years, it now appears that the No. 4 cellular provider in the U.S. will begin selling Apple’s flagship product within “three to four months,” according to Reuters. It was in December when it was revealed that T-Mobile would finally be allowed to sell the iPhone. At the time, however, all we knew was that this would happen sometime in 2013. According to Chief Executive John Legere, everything should happen this spring, as opposed to “six to nine months.” When the iPhone does arrive at T-Mobile it would come without the subsidies that have long been used to attract smartphone buyers. As Brent Dirks confirmed last month, T-Mobile customers will pay a low up-front fee when they purchase an iPhone. The rest of the phone’s cost will be paid off via monthly installments of $15 to $20. T-Mobile’s plan would be the first for the wireless industry. Legere believes that this type of formula could increase his company’s U.S. market share by as much as 5 percent or higher. He states:

If the old industry structure chooses to ignore what we do ... That's a potential.

T-Mobile has been trying to get the iPhone ever since AT&T’s exclusivity agreement expired in early 2011. Since that time, Apple has brought the iPhone to nearly every carrier in the U.S., excluding T-Mobile, including to many regional carriers. I have had a great time reporting on each iPhone to T-Mobile story over the years because it has allowed me to post another fantastic photo of Carly Foulkes. Still, does it even matter anymore whether T-Mobile gets the iPhone? Source: Reuters

The AppAdvice Week In Review: Tim Cook In Charge At Apple Edition 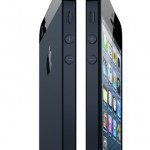 Be Prepared To Pay Royally For The iPhone On T-Mobile
Nothing found :(
Try something else