You are using an outdated browser. Please upgrade your browser to improve your experience.
by Bryan M. Wolfe
March 7, 2013
Reuters is reporting that Apple and Intel are in partnership talks that could reshape the mobile industry. If a deal is reached, Intel would be tasked with manufacturing Apple-designed chips for future iOS devices. If a deal is reached, it would be a significant one, especially for Intel. As Reuters explains:

Such a move may also offer a backdoor of sorts into large-scale production of chips for mobile devices, where Intel has made little headway after underestimating the impact of the iPhone and iPad and falling behind more nimble rivals. 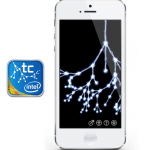 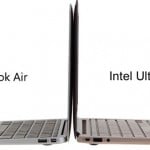 If This Interview Is Anything To Go By, Ultrabooks Are DOA
Nothing found :(
Try something else