You are using an outdated browser. Please upgrade your browser to improve your experience.
by Brent Dirks
March 7, 2013
While Apple’s Senior Vice President of Worldwide Marketing Phil Schiller does have a Twitter account, he usually reserves it for only benign messages like Happy Christmas. But today, he linked to an interesting third-party report from F-Secure that examines the security of mobile devices.

And not surprisingly, the study says Android easily leads the malware pack:

Android malware has been strengthening its position in the mobile threat scene. Every quarter, malware authors bring forth new threat families and variants to lure more victims and to update on the existing ones. In the fourth quarter alone, 96 new families and variants of Android threats were discovered, which almost doubles the number recorded in the previous quarter. A large portion of this number was contributed by PremiumSMS—a family of malware that generates profit through shady SMS-sending practices—which unleashed 21 new variants. Quite a number of Android malware employ an operation similar to PremiumSMS. It is a popular method for making direct monetary profit. The malware quietly sends out SMS messages to premium rate numbers or signs up the victims to an SMS-based subscription service. Any tell-tale messages or notifications from these numbers and/ or services will be intercepted and deleted; therefore, the users will be completely unaware of these activities until the charges appear on their bills.

In 2012, 79 percent of the mobile malware detected was on Android. That’s compared to 0.7 percent of the threats that were on iOS. It will be interesting to see if Schiller’s tweet is the beginning of a more aggressive PR campaign to counter Android's growing popularity. 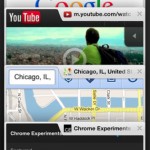 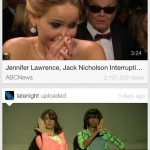 YouTube Update Adds The AirPlay-Like Ability To Stream Videos
Nothing found :(
Try something else