You are using an outdated browser. Please upgrade your browser to improve your experience.
by Brent Dirks
March 18, 2013
Minecraft is looking to evolve. In an interview with Polygon, Carl Manneh, CEO and co-founder of the game’s developer Mojang, discussed a new subscription service that will be launching soon. Coming this summer to both the PC and mobile versions of the game, Minecraft Realms will allow players to create a permanent world in the game on a server. Most importantly, users can control who can play in the private world to cut down on compatibility issues. The service will cost around $10-15 per month for the PC version. But the charge for the Pocket Edition will likely be less. Interestingly, Manneh also told Poylgon that the company is looking for a way that the PC and mobile versions of Minecraft Realms could communicate:

"We have discussed that a lot," he said. "Currently it's a big technical challenge to make that work, but you never know in the future if we could make them work together. That would be fantastic of course."

Minecraft – Pocket Edition is a universal title for the iPhone/iPod touch and iPad/iPad mini. It can be downloaded now in the App Store for $6.99. The game’s last significant update was in late January. Version 0.6.0 brought things like baby animals and fancy clouds to the sandbox-building game. Via: 148Apps 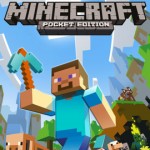 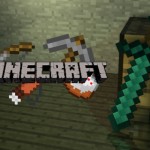 Don't Fall Victim To The Crafty Crook Behind This Minecraft Mobile Scam App
Nothing found :(
Try something else