You are using an outdated browser. Please upgrade your browser to improve your experience.
by Bryan M. Wolfe
March 15, 2013
On Monday, Oct. 29, Apple CEO Tim Cook confirmed to the technology world that the Steve Jobs era was officially over. It was on that day that Cook fired long-time iOS chief Scott Forstall, and the company’s retailing head, John Browett. It has been nearly five months since that management shuffle, and now Browett is speaking out. Addressing Retail Live Week, the current CEO of Monsoon Accessorize confirms that he really didn’t fit into the Apple culture. He states:

The learnings there, is it’s probably, actually the best thing that’s ever happened to me from a business perspective. Because you learn humility and it makes you rather a much kinder person … it also got me very clear on how I am and what I actually am like to work with.

Prior to working at Apple, Browett was the head of Dixons Retail. During his short six-month stint at Apple, he was highly criticized for implementing policies that many considered anti-employee. To see Browett's entire interview click here. While it’s great to hear from Browett, I’m pretty sure that most folks in the technology world would rather have heard from Forstall, who had his hand in every iOS release up until this point. That interview, unfortunately, has yet to happen. 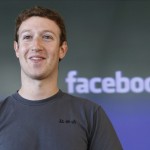 The Best CEO Of The Year Is Facebook’s Mark Zuckerberg

Tim Cook 'Must' Testify In E-Book Price Fixing Lawsuit Against Apple
Nothing found :(
Try something else