You are using an outdated browser. Please upgrade your browser to improve your experience.
by Bryan M. Wolfe
March 11, 2013
Like a movie director that leaves scenes on the digital cutting room floor, not every device that Apple develops ends up in a showroom. Such is the case for an iPhone prototype that was first created by Apple in 2005. Looking very much like an iPad, not a smartphone, the prototype was recently leaked to the folks at Ars Technica by a former Apple employee. The device measured 5 inches by 7 inches, and was nearly 2 inches thick. It included a number of ports that are usually found on a computer. These included USB ports, a serial port, and yes, even an Ethernet port. On the inside, the device included an ARM chip that looks like it was based on the Samsung S3C2410. This clocked in at 200-233MHz. Naturally, the first iPhone looked nothing like the item presented here. While it did come with an ARM 11 chip from Samsung, the iPhone announced in January 2007 came without ports. This exclusion has remained in place with each subsequent iPhone model. The rest they say, is history. For other early Apple prototypes, see: What Would A 'Curvy' iPhone 4 Have Looked Like?, and Early iPhone and iPad Prototype Designs Surface. 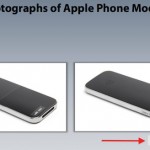 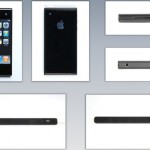 Early iPhone and iPad Prototype Designs Surface
Nothing found :(
Try something else