You are using an outdated browser. Please upgrade your browser to improve your experience.
by Aldrin Calimlim
March 19, 2013
The iOS version of the popular cross-platform instant messaging app WhatsApp is set to offer an annual paid subscription by the end of the year. According to TechCrunch:

Jan Koum, WhatsApp’s CEO, says that the company is planning this year to shift its iOS app to one where new users would pay annually to keep using, taking it away from a one-off download fee and bringing it in line with how it is distributed on the Android, BlackBerry, Nokia and Windows Phone platforms.

Currently, WhatsApp for iOS is available for a one-time fee of $0.99. But once the app adopts the same pricing scheme as its counterparts on other platforms, WhatsApp for iOS is going to be free for the first year and then cost $1 for every year thereafter. WhatsApp remains to be one of the most popular messaging apps not only on iOS but also on other platforms. It currently sits at the top of the App Store's paid apps chart in the social networking category. And as noted by TechCrunch, it serves over 100 million users on Android alone. Until it switches to a paid subscription plan, you can download WhatsApp, which is optimized for iPhone and iPod touch, for $0.99 in the App Store. [gallery link="file" order="DESC"] 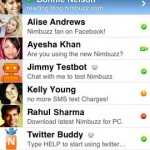 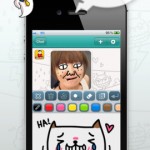 WhatsApp Plus Draw Something Plus Snapchat Equals Cubie Messenger
Nothing found :(
Try something else