You are using an outdated browser. Please upgrade your browser to improve your experience.
by Bryan M. Wolfe
April 10, 2013
Apple retail store designs as we know them could soon become a thing of the past. Marketing is reporting that Cupertino has hired Normal Foster’s architecture firm to revamp their stores. This is the same company that designed Apple’s new “spaceship” campus. Foster + Partners replaces rival 8 Inc as their primary architect. The latter helped designed Apple’s famed 5th Avenue and Regent Street Stores. The shift to Foster + Partners doesn’t mean that Apple CEO Tim Cook is somehow moving beyond what Steve Jobs envisioned for retail stores. It was Jobs, after all that selected the company to design the second Apple campus. First announced in June 2011, Apple’s new headquarters is expected to open in 2016. Recent reports have suggested that the project's budget has jumped to nearly $5 billion. Apple had hoped to spend around $3 billion for the new facility. Besides Apple’s new headquarters, Foster + Partners also designed the McLaren Technology Centre, and Hearst Tower in New York. 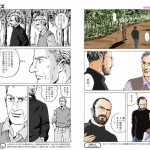