You are using an outdated browser. Please upgrade your browser to improve your experience.
by Joe White
November 21, 2012
Apple's futuristic "Campus 2" (which looks more like a spaceship than a company HQ) probably won't open until mid-2016, according to a recent report from Bloomberg. Previously, Apple had been hoping to move into the new campus sometime in 2015. However, as the aforementioned report notes, it looks like this isn't going to happen:

Apple Inc. (AAPL) said the construction of a new spaceship-like headquarters with a circular design in Cupertino, California, won’t be completed until mid-2016, later than originally projected, as the company revises its plans. The iPhone maker included the new timetable in an updated proposal it submitted to the city on Nov. 14. While Apple, the world’s largest company by market value, had wanted to break ground on the 176-acre campus this year, the city may not complete its environmental impact report until June, and Apple may not be able to start work until 2014.

Since announcing the impressive Campus 2, Apple has improved on Steve Jobs' original vision through adding more car parking spaces for employees. Furthermore, the company has also made minor tweaks to Campus 2's 1,000-seat auditorium. So, though new campus probably won't be launching as late as the year of the iPhone 9 (as we originally jested), it does mean that Campus 2 will open later than most originally thought. As always, we'll keep you posted. Source: Bloomberg Via: 9to5Mac 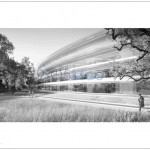 Apple's Futuristic 'Campus 2' Could Open As Late As Mid-2016

Apple's Futuristic 'Campus 2' Could Open As Late As Mid-2016
Nothing found :(
Try something else