You are using an outdated browser. Please upgrade your browser to improve your experience.
by Bryan M. Wolfe
April 17, 2013
Relations between Apple and China’s communist government continue to worsen. Just weeks after Apple CEO Tim Cook was forced to apologize over warranty “misunderstandings,” a new controversy has developed. Cupertino is being investigating for providing pornographic content in China. This has “spurred concern on the Chinese Internet that this may represent the beginning of another campaign by the government against Apple,” according to The Wall Street Journal. Apple doesn’t allow pornographic content in the App Store in China, or anywhere else for that matter. However, the company is being targeted nonetheless. According to the report, this investigation may have little to do with pornography. Instead, it could be China’s way of censoring politically sensitive content. Earlier this month, Cook went to great lengths to apologize to Chinese customers. This was the result of weeks of criticism of Apple by the Chinese government over “perceived arrogance.” In a further attempt to make the Chinese government happy, Apple then pulled an e-book app from the App Store in China. According to developer Hao Peiqiang, his app was likely pulled since it contained three books by Wang Lixiong, a Chinese writer whose works are mostly banned in China. Apple isn’t alone in receiving criticism from Beijing. In 2009, Google was accused of “spreading pornography.” This, plus a hacking attack, led Google to move their operations to Hong Kong a year later. So far, Apple has not commented on the details of this report. 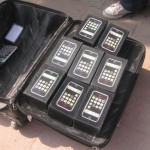 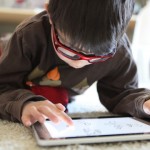 A New Investigation Looks Into The Use Of In-App Purchases By Children
Nothing found :(
Try something else