You are using an outdated browser. Please upgrade your browser to improve your experience.
by Joe White
April 15, 2013
It has been revealed that scammers in China have been taking advantage of Apple's "unfair" returns policy in the country, in order to effectively build new, real iPhone handsets using fake parts. In the Chinese city of Wenzhou, five employees at an electronics store have been using this returns policy to exchange fake iPhone parts for real ones, thereby allowing the group to build up real smartphones at minimal cost. The group submitted 121 fake iPhone 4S BAND parts to Apple, which were then exchanged for genuine replacements. As The Register explains, "BAND is effectively the main part of an iPhone, with a value in China of around 3,000 yuan (£315)." The website continues:

The scammers would apparently exchange the fakes for real ones, buy a back cover, battery and other components and then build and sell as new iPhone 4S devices for a profit of 1,000 yuan (£105) a go.

Apple eventually got wise, though, and put an end to the scam after around one month of operation. Previous iDevice scams have involved mass-buying new iPhones and iPads, and shipping the recently launched products back to China, in order to sell the items at an inflated price. The App Store, however, would appear to see the greatest level of deceit in the form of its numerous "scam applications." Buyer, beware! Source: TechWeb Via: The Register Image credit: stophavingaboringlife.com 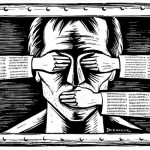 First An Apology, Now Apple Bans An ‘Illegal’ App In China
Nothing found :(
Try something else