You are using an outdated browser. Please upgrade your browser to improve your experience.
by Joe White
April 20, 2013
One recently launched Kickstarter project is looking to bring table-top gaming into the 21st century, by connecting miniature figurines with touch screen tablets such as Apple's iPad. The project, called PlaneQuest, seeks to pioneer a mode of gaming whereby players can interact with a tablet application through using "TabletTop Miniatures" ("TTMs") - figurines that feature a special conductive base, and can connect up with the iPad's touch screen, its digital world, and the characters that occupy the game in real-time. As outlined at the Kickstarter page:

TTI gameplay bridges the physical and digital worlds. Our TabletTop Miniatures feel like they're part of the digital game environment for the first time. The figurine you're holding appears to cast realistic shadows - as if it's standing in the same digital game world as the enemies. As soon as you put your Miniature down on the TabletTop, you're drawn into stimulating, fast paced gameplay. It feels natural and intuitive and provides a very different experience from any other game you've played before.

Each TTM is planned to be markedly individual, and comes with its own set of skills and abilities. See, for example, the below information on one such miniature, known as "The Draken." By collecting different miniatures, players of PlaneQuest can therefore enjoy a number of different gaming experiences. Besides manufacturing five separate figurines, the team behind this project will also develop a compatible game that features an engaging, exciting storyline and allows players to send their miniatures into battle. PlaneQuest is expected to be compatible with the iPad, along with Android- and Windows-powered tablets. Once the project reaches its funding milestone of £150,000, all five TabletTop Miniatures and a basic version of the PlaneQuest game will be manufactured and developed. You can get the five miniatures plus a full version of the game itself for a pledge of just £23 - that's roughly $35. For more information, including a video of the PlaneQuest game in action, head over to the project's Kickstarter page. If you enjoy Kickstarting projects into being, see our recent articles: The MoneyOh Charging Dock And Stand Helps Battle Cord Clutter, Pebble Watch Slickwraps Make Your New Device Look Even Cooler, and The Monkey Kit Brings A Flexible Twist To The Usually Boring iPad Stand. 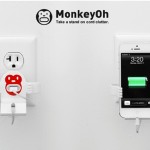 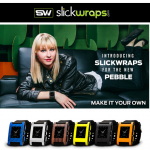 Pebble Watch Slickwraps Make Your New Device Look Even Cooler
Nothing found :(
Try something else