You are using an outdated browser. Please upgrade your browser to improve your experience.
by Brent Dirks
April 2, 2013
According to The Wall Street Journal, Apple is making plans to start production of the next-generation iPhone in the second quarter of this year. Sources also told the publication that the handset is similar to the iPhone 5 in both size and shape. If that timeline is correct, it would lend credence to speculation that the so-called iPhone 5S could hit the market sometime this summer. The report also tackles the rumors of a less expensive iPhone for developing markets like China:

At the same time, Apple continues to work with its manufacturing partners in Asia on a less expensive iPhone that could be launched as soon as the second half of this year, these people said. The 4-inch device will likely use a different casing from the higher-end iPhone. Apple has been working on different color shells for the phone but its plans remain unclear.

So while spring has been unusually quiet as far as new product releases go, it sounds like Apple is on track to make the second half of 2013 very interesting. 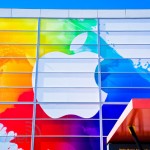 The AppAdvice Week In Review: Peeps, 'Star Wars,' And The 'iPhone 5S'
Nothing found :(
Try something else