You are using an outdated browser. Please upgrade your browser to improve your experience.
by Joe White
April 25, 2013
One Kickstarter project to have captured our interest is The Siva Cycle Atom, a bike-powered phone charger that is available to preorder from $85. Though the project is only a couple of days old, it's already secured an impressive $52,000 of its $85,000 funding goal, with a total of 28 days remaining. Essentially, the Atom does exactly what it says on the box. The product itself is a small device that clips onto the side of a bicycle, and converts kinetic energy into an electrical charge for gadgets such as the iPhone or iPad. If you're brave, you can charge up your iDevice while peddling, or the Atom ships with a rechargeable USB battery pack that you can use to charge a smartphone or tablet once you've come to a complete stop. The battery pack itself delivers the same amount of power as the USB port of a computer, which is five volts at 500 mAh, and can easily be attached or detached from the user's bike. As outlined at the Atom's Kickstarter page:

The Atom is designed with top of the line magnetic rotors, powerful lithium batteries and will be assembled here in the USA. As you ride, it harnesses the kinetic energy you generate, either directly charging your device or storing the energy in the detachable battery pack, giving you on-demand power whenever and wherever you need it. The Atom is for the modern commuter cyclist, the urban biker, the weekend rider, the gadget lover, the green fanatic, and anyone that’s ever needed a charge on the go.

As mentioned above, users can effectively preorder the Atom for $85, provided the project reaches its funding goal. For this, backers get a black Atom for $20 off its eventual retail price of $105. The estimated delivery will be November 2013, and Kickstarter users outside of the United States are asked to add an additional $20 for postage. For more information, including the option of backing the Atom, visit the product's Kickstarter page. Alternatively, for other recent news items, see: Spring Into Action To Conquer The Cherry Mountains In Monsters, Inc. Run, Apple's Berlin Retail Store Set To Open Its Doors May 3, and Cinemagram 2.0 Introduces Vine-Like Features Including Sound, Categories And More. 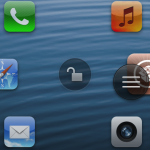 Cydia Tweak: Give Your Lock Screen A New Look With Atom 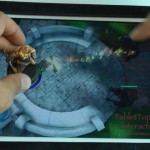