You are using an outdated browser. Please upgrade your browser to improve your experience.
by Bryan M. Wolfe
April 29, 2013
Twitter #music is falling out of favor, just nine days after it first arrived. The music discovery app is now ranked No. 113 on the list of the top free apps in the App Store. At its peak, Twitter #music ranked No. 5. Launched April 18, Twitter #music is ranked No. 10 in the App Store’s music category. The app, and its Web presence, is built on the We Are Hunted platform that Twitter purchased in March. It allows users to stream popular, and trending songs. Twitter #music is the second new app to arrive from the social network in recent months. Earlier this year, Vine launched. The video-sharing app remains quite popular. It currently ranks No. 3 in the App Store. For more information on Twitter #music see: Twitter #Music Serves Up The Hottest Songs On Twitter, and The AppAdvice Week In Review: Is Twitter #Music Apple's iRadio Lite? Edition. 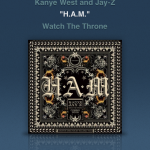 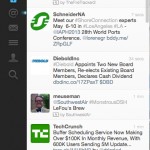 Twitter Finally Updates Its Native Mac Client With Retina Support And More
Nothing found :(
Try something else