You are using an outdated browser. Please upgrade your browser to improve your experience.
by Bryan M. Wolfe
April 15, 2013
Developers and users alike are anxiously awaiting the announcement by Apple of this year’s Worldwide Developers Conference (WWDC). If the past is any indication, that announcement could come very, very soon. Since 2003 (save 2006), WWDC has been held in June. This year’s event could begin on Monday, June 10, as I suggested just a few weeks ago. As further confirmation, check out the calendar of events page for the Moscone Center in San Francisco. There just so happens to be an opening between June 10-14. The center, whose auditorium holds 5,000, typically serves as the site of WWDC. Once Apple makes the announcement, tickets will immediately be in short supply. For example, in 2011, it took Apple just 12 hours to sell out the event, which costs participants $1,599. Last year, the event sold out in just two hours. The 2012 conference started June 11. Tickets went on sale Wednesday, April 25. To get notified when tickets to WWDC 2013 become available, a new site has gone online called WWDC Blasts. Go there and submit your email and mobile phone number. Once each piece of information is confirmed, you’ll be added to a queue to receive the announcement. The best place to confirm the event, however, is Apple’s own WWDC website. In 2012, the independent WWDC Alerts attempted to tell folks when tickets were available. Regrettably, the system didn’t work as planned. As for AppAdvice, we’ll let you know the moment WWDC tickets become available for this most important event. First held in 1983, WWDC is typically used by Apple as a launching pad for new products. This year, Cupertino is likely to unveil iOS 7, next-generation iPhones, iRadio, and more. See also: The Week In Review: Why WWDC Is Going To Rock Edition. 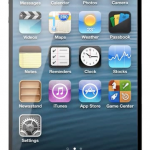 New 'iPhone 6' Concept Video Hits The Web, But Don't Get Too Excited
Nothing found :(
Try something else