You are using an outdated browser. Please upgrade your browser to improve your experience.
by Bryan M. Wolfe
May 10, 2013
It looks like another Apple retail store is set to arrive in Beijing, China. The not-yet-completed building is located in the capital city’s Central Place Shopping Center in the Chaoyang District, according to the Beijing Business Daily. The two-floor store is said to occupy about 500 square meters, and is expected to open by year’s end. The location would likely open at the same time Apple releases new iPhones in China. 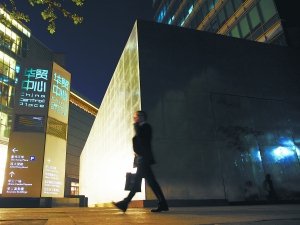 Last October, Apple opened their flagship store in Wangfujing, bringing to three the number of locations in Beijing. Since that time, top team members from that branch have headed training teams in the new location, according to the report. Earlier this month, Apple opened their first retail store in Berlin. To date, there are nearly 400 Apple retail stores around the world. During the previous quarter, Apple welcomed 121 million visitors to these locations. For a full list of Apple retail store locations, click here. See also: Apple And China Mobile Are Getting Closer To An iPhone Deal.