You are using an outdated browser. Please upgrade your browser to improve your experience.
by Bryan M. Wolfe
May 9, 2013
Once again it looks like Apple and China Mobile are attempting to strike an iPhone deal. If successful, Cupertino would be able to offer their most important product to 700 million additional cell phone subscribers. This news comes from Morgan Stanley analyst Kat Huberty who just returned from the region, according to Fortune. China Mobile, the largest mobile carrier in the nation with the most people, and Apple have been down this road before. In December, a deal between the companies appeared imminent, but nothing came of it. However, forces on the ground are changing. For one, Apple is said to be working on a budget iPhone. This so-called “iPhone mini” could be released alongside the “iPhone 5S,” and primarily serve developing nations such as China. Better still, this budget phone is said to include chips made by Qualcomm that work with TD-LTE. This technology, which China Mobile is said to be testing, is a variant of the fourth-generation Long Term Evolution radio technology, or LTE. Current iPhones don’t work on TD-LTE. As Huberty notes, “TD-LTE licenses, and related phone launches, are expected by year-end.” Meanwhile, Apple supplier Pegatron is rumored to be increasing their China-based workforce by 40 percent in the second half of 2013. As Reuters suggested, these employees will likely help manufacture the less expensive iPhone. We'll keep you updated on this story. In the meantime, be sure to check out more of Huberty's comments about future iPhones in the story, Further Indication That Apple Will Release Two New iPhones In September. 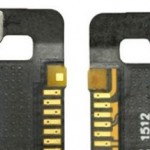 Is This Component Part Of An iPhone 5S Motherboard? 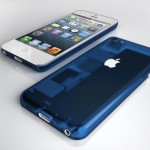 Apple Supplier Increases Workforce Ahead Of Low-Cost iPhone Production
Nothing found :(
Try something else