You are using an outdated browser. Please upgrade your browser to improve your experience.
by Bryan M. Wolfe
May 14, 2013
As expected, ABC has now become the first U.S. network to offer live video streaming on iOS. The service, which is now being tested in limited markets, is available in the newly rebranded Watch ABC app for the iPhone/iPod touch and iPad. As Aldrin Calimlim noted just days ago, live content on the Watch ABC app is only available to users around New York, and Philadelphia. After a six-week introductory phase, however, the service will then be available to folks elsewhere in the U.S. When it becomes available nationwide, scheduled for July 1, Watch ABC's live service will be open to paying subscribers of cable and satellite television providers. The launch of Watch ABC coincides with the network’s upfront presentation for advertisers for the 2013/14-television season. The New York Times’ Brian Stelter had the original story:

This week ABC will quietly revolutionize its app for iPhones and iPads with a button called “live.” Users around New York and Philadelphia will be able to live-stream all the programming from ABC’s local stations there, the first time that any major broadcaster has turned on such a technology. 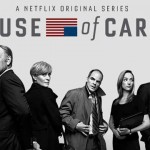 When It Comes To Streaming Video, Netflix And YouTube Continue To Lead 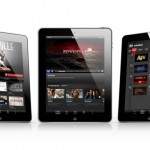 ABC To Offer Live Streaming On iOS Beginning This Week
Nothing found :(
Try something else