You are using an outdated browser. Please upgrade your browser to improve your experience.
by Bryan M. Wolfe
May 31, 2013
When Apple holds its Worldwide Developers Conference (WWDC) keynote address on Monday, June 10, one of the new offerings announced could be an ad exchange service. Similar to what Facebook and Twitter are already doing, the service would allow advertisers to target users as they enter the Apple ecosystem on their devices, according to Business Insider. According to the report, the system would alert advertisers when a user arrives via an iPhone/iPod touch, iPad, or Mac. Working in conjunction with cookies, the advertiser could then serve an ad targeting that user. Earlier this week, Apple CEO Tim Cook told the audience at D11 that his company’s mobile advertising business wasn’t “large enough to be core.” Instead, he noted, “We got into mobile advertising because we want developers to make money … It wasn't about Apple making money.” Despite this claim, Apple has gotten more serious about mobile advertising. In 2012, the company hired Todd Teresi, formerly of Adobe, to run its iAd business. The executive also once ran Yahoo's third-party publisher ad network. Twitter announced earlier this week that they would be launching an ad exchange later this year. This program will allow the social network to “retarget” users with ads. As a reminder, WWDC runs June 10-14 and begins with the Monday keynote, which begins at 10 a.m. PDT. As in past years, we’ll be there to provide complete coverage. Until then, stay tuned. See also: The WWDC Keynote Should Reveal New Macs, But Not New iOS Devices, and Tim Cook's D11 Interview: The Full Video Hits The Web. 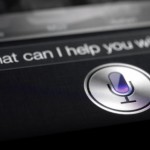 Opinion: Apple's Latest Move Was Brilliant And Will Shake Up The Industry
Nothing found :(
Try something else