You are using an outdated browser. Please upgrade your browser to improve your experience.
by Bryan M. Wolfe
May 8, 2013
A second report in a matter of hours suggests that Apple is working to bring two new iPhones to market. The new handsets will launch around September, according to AppleInsider. Based on a recent trip with tech suppliers in Asia, Morgan Stanley’s Katy Huberty is convinced that production on the so-called “iPhone 5S” and budget iPhone will commence in the June/July timeframe. As a result, the new handsets won’t be released to the public until late summer, or early fall. Earlier in the day, it was reported that Sharp would begin mass production of the iPhone 5S LCD displays in June. LG Display, and Japan Display have also been engaged by Apple to manufacture displays for the seventh generation smartphone. For months, it looked like the iPhone 5S would launch at Apple’s Worldwide Developers Conference in June. However, in recent weeks there has been a significant shift in the narrative to the September/October timeframe. Apple launched the iPhone 4S and iPhone 5 at a similar time. For more information, see: Apple’s Own Rules Are Stunting The iPhone’s Growth Around The World,Production Of The iPhone 5S May Be Delayed Because Of Fingerprint Sensor Issues, and The WWDC 2013 Logo: Yeah, Colorful iPhones Are Coming. 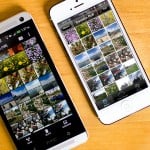 Camera Wars: Apple's iPhone 5 Goes Head To Head Against The HTC One 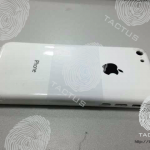 Apple’s Own Rules Are Stunting The iPhone’s Growth Around The World
Nothing found :(
Try something else