You are using an outdated browser. Please upgrade your browser to improve your experience.
by Aldrin Calimlim
May 2, 2013
The U.S. Department of Defense has long been reported to be considering plans to open its communications networks to iOS and Android devices. And today, a new report by The Wall Street Journal suggests that those plans are gradually coming to fruition. According to the report, security approvals are set to be issued by the Pentagon to iOS device maker Apple and Android device maker Samsung:

The U.S. Department of Defense expects in coming weeks to grant two separate security approvals for Samsung's Galaxy smartphones, along with iPhones and iPads running Apple's latest operating system—moves that would boost the number of U.S. government agencies allowed to use those devices.

The Defense Information Systems Agency (DISA), the agency responsible for endorsing commercial technology for Pentagon use, is set to review Samsung's Galaxy smartphones for approval in the next couple of weeks. These smartphones are said to run on Samsung's Android-based Knox security software. With regard to Apple's iOS devices, DISA is set to ascertain the security conformance of iPhones and iPads running on iOS 6 in early May. As noted by The Wall Street Journal, Apple and Samsung have to undergo different approval processes. Apple's iOS is proprietary and considered more secure, while Samsung's Android-based operating system is open-source and considered more vulnerable. But what of RIM, the company behind BlackBerry, which has long been the Pentagon's mobile communication device of choice? Well, the report claims that it is also nearing approval for its new operating system, BlackBerry 10. 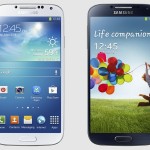 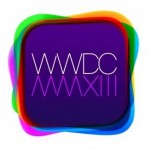 Apple To Post WWDC 2013 Session Videos During Event, Tech Talks Slated This Fall
Nothing found :(
Try something else