You are using an outdated browser. Please upgrade your browser to improve your experience.
by Joe White
May 15, 2013
The popular jailbreak tweak JellyLock has just received an update adding a handful of new features. Now, jailbreakers have the option of adding a total of six app shortcuts to the Android-inspired Lock screen replacement, rather than just three. In order to fit six app shortcuts within JellyLock, three must be added to the top half of the launchpad's circular interface, and three to the bottom. While some may feel that six app shortcuts plus unlock and camera icons could ultimately serve to clutter the Lock screen, it's nevertheless good to have the option of adding additional shortcuts, if required. In addition, users of the jailbreak tweak can now also access Siri from their Lock screen. This can be done by sliding one's finger to an "invisible" icon located in the center of JellyLock's circular launchpad. While JellyLock was originally available to download via its developer's private repository, the updated jailbreak tweak has now joined the ModMyi repository, though it's worth noting that the tweak itself is still in beta. If you're interested, JellyLock is currently available to download for free in the Cydia Store. Alternatively, for additional jailbreak related news, see: Cydia Tweak: LockBar Settings Lite Is Finally Ready For Action, Cydia Tweak: Search The App Store From Velox With AppLook, and Cydia Tweak: How To Easily Bypass The Messages App's Limit For Video Size. http://www.youtube.com/watch?v=4zQoHCp6Ldg&feature=player_embedded 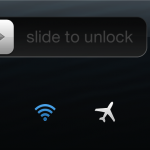 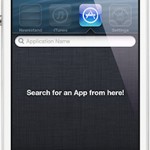 Cydia Tweak: Search The App Store From Velox With AppLook
Nothing found :(
Try something else