You are using an outdated browser. Please upgrade your browser to improve your experience.
by Aldrin Calimlim
May 1, 2013
The popular James Bond-inspired endless running game Agent Dash has just uncovered another major update. The game's new 2.1 update, which arrives a few weeks after its 2.0 update, gives new meaning to the title of a James Bond novel, film and song, "Diamonds Are Forever." In Agent Dash's case, it's "Double Gems Are Forever." This is on account of a newly added premium item called Gem Cloner. Available in the in-game shop via a $4.99 in-app purchase, Gem Cloner doubles every diamond or gem you collect in Agent Dash. Forever. Another notable improvement in Agent Dash 2.1 is that successive sessions now start in different environments, instead of starting in the same jungle environment. If you can't see the video embedded above, please click here. Agent Dash 2.1 also adds free microfilms, which are now available as pick-ups. More obstacles, increased level variety, and adjustments to running speed are also included in the update. Compatible with iPhone, iPod touch, and iPad, the new version of Agent Dash is available now in the App Store for free. In her review posted here on AppAdvice shortly after the game's release in August last year, Lory praised Agent Dash as "a fantastic addition to the endless runner genre." Apple apparently thought so too, since it included Agent Dash in its App Store Best of 2012 under the Fun Runners category. [gallery link="file" order="DESC"] 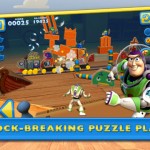 Join Buzz Lightyear In Some Undersea Block-Breaking In Toy Story: Smash It! 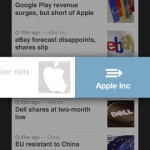 Reuters iOS App Update Will Keep You Up To Date On The Latest News And Market Data
Nothing found :(
Try something else