You are using an outdated browser. Please upgrade your browser to improve your experience.
by Aldrin Calimlim
May 3, 2013
A few days ago, Google finally launched Google Now on iOS through its existing Search app. The service, which is a Siri-like intelligent personal assistant, requires that iOS' Location Services be turned on to provide up-to-date information. But some users have claimed that its heavy reliance on Location Services has considerable battery impact. Or does it? As reported and verified by The Next Web, an employee of Google has come forward in the Macworld forum to refute claims that Google Now on iOS is a battery hog. The employee, who goes by the name of Krisztina, posted the following response:

Reports that Google Now on iOS drains battery life are incorrect. We understand people’s concern about seeing the Location Services icon stay on when they use Google Now. Many apps that keep the icon on actually do drain the phone’s battery because they require very accurate location. (For example, some apps have to run your GPS all the time during navigation to keep you from missing your turn.) This update to the Google Search app is built very differently: it uses cell towers and wifi hot spots for much lower battery impact.

If you can't see the video embedded above, please click here. Indeed, when Google released the Google Now update to its Search app on iOS, it was accompanied by release notes highlighting the service's minimal battery impact. According to Google, the service doesn't turn on the GPS. Rather, as pointed out by Krisztina, it receives passive updates from nearby cell towers and Wi-Fi hotspots. Further, the app pauses location updates the moment it detects low battery levels. As well, it stays asleep unless your device moves a long distance. Krisztina also noted that no significant battery impact was found by Google even as the company "extensively tested Google Now on iOS for months." Nevertheless, Google is open to receiving reports of impact on your battery life through the feedback option in the settings section of the Google Now-enabled Search app. [gallery link="file" order="DESC"] 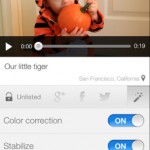 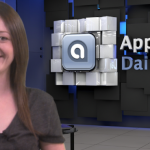 AppAdvice Daily: Google Now, Divvy And Ringtonium Giveaway
Nothing found :(
Try something else